Bever Control AS is a specialist company providing computer based guidance and control systems for drilling jumbos used in the tunnelling and mining industries. The Company is a world leader in this field, and has more than 35 years of experience with computer controlled jumbos. Bever Control AS has pioneered the use of robot and computer technology in tunnelling and mining, and this has become the technological foundation for the company. 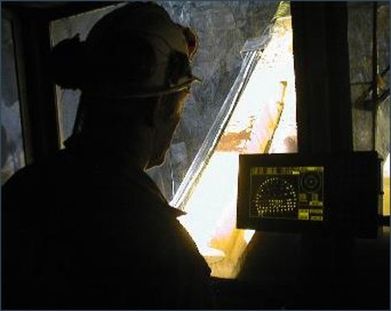 The demands for better and more efficient tunnelling are increasing all the time. Tunnelling and drill and blast mining, have to be carried out quicker, cheaper and more accurately than ever before.

Our products are marketed internationally, but we consider Norway and Sweden to be our home market, and this is where most of our development work is carried out. Our products are supplied to equipment producers in the Nordic countries, where the world leaders in the production of equipment for hard rock drilling are to be found. The Company is situated at Tranby in Lier municipality some 40 kilometres west of Oslo.

Bever Control's suppliers shall have policies to reasonably assure that the tantalum, tin, tungsten, and gold in the products they manufacture do not directly or indirectly finance or benefit armed groups that are perpetrators of serious human rights in the Democratic Republic of Congo or an adjoining country. Suppliers shall exercise due diligence on the source and chain of custody of these minerals.